How to choose, paint and base Irregular Miniatures’s 2mm to get youself a proper army.

I am actually not a big fan of 2mm miniatures. I do like the idea of playing with units which look real units, on a table which looks like a real battle: but I always found 2mm blocks too small to be recognised as battallions, and too small to be placed on bases. After many failed attempts, however, I found a satisfying way of solving both problems, and tought I would share.

First of all, you want to play pike and shot: 3YW, ECW, LoA, doesn’t matter. I choose the second half of the XVII century, so troops are in uniforms and painting is much easier… The important thing is that your infantry have a central block of pikes, which suddenly turns the little blobs into recognisable battallions. I don’t use Irregular Miniatures’ RGB1 to 7, however. They are nice but waaay too small, and actually look like a mini-version of those sad 28mm “battallions” made of 9 figures with 3 pikes (IMHO, of course: no offence…). 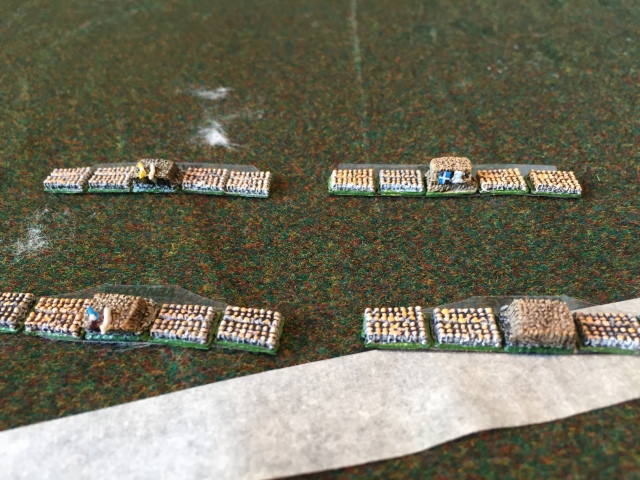 Instead, I use the big blocks of pikes, both RBG9 (which comes in two variants) and ABG16 (which is actually ancient pikes, but no one will ever be able to tell, and gives you another variant). Then, for the shots, I flank the pikes with 4 blocks of BG45, which is the infantry in 6 ranks and without flags, from the Horse and Musket range. These have the same depth of the pike blocks. So these 5 blocks form a quite large pike and shot formation, around 5cm long and nicely deep. For the shots, you could actually also use one of the infantry in three ranks blocks (BG15-16), which are obviously shallower but I think better sculpted – the BG45 blocks are much more messy and less detailed.

Cavalry is the same. But make sure to use cavalry blocks in two ranks (such as RGB17 or 19), otherwise it will feel brittle when you pick them up.

For the basing, I created a word file with a table, 5,1 x 1 cm cells, and printed it on trasparent paper. You can write the name of the battalions at the lower edge of each cell. Then you cut them, apply some double-sided tape, and carefully place the painted blocks on it. No more units based on pedestals as high as the troops themselves! Moreover, you can easily identify each battallion, and rebasing would be much easier if needed. Also, it’s quite cheap! You will need to move the troops around by picking the pikes, but I don’t think you would be damaging a complex paintwork… 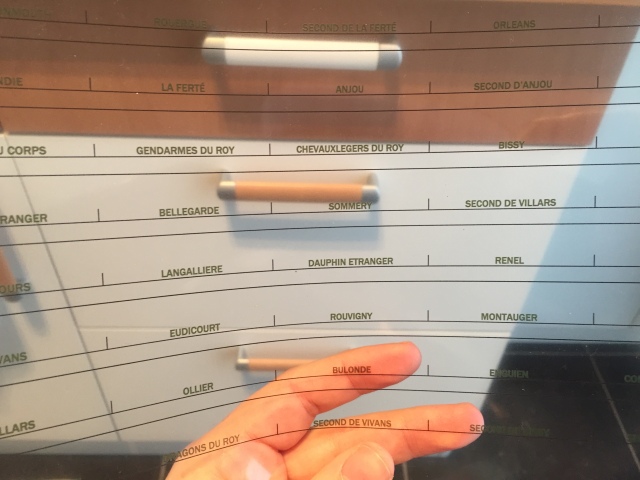 For the painting. There are some guys who can actually paint 2mm, and beautifully – see Steelonsand or Sidney Roundwood. I can’t. What I do, and it looks ok from gaming distance, is simply to apply the base colour, then wash (black, and a light brown wash for the pikes), drybush the sides of the block with the base colour again, and finally put some skintone dots on the little heads. Better use different skintones, randomly mixed: it will give you some interesting variations. Paint the flags, and that’s it! I can do 5 battallions in the same time I do one 15mm unit of 9 figures.

For cavalry it’s realy just the same. I think they look pretty good on the table!

For generals and artillery, I am still experimenting. For generals I will use single figures such as BG7 or BG13, and I will base them on trasparent paper with names printed on it to recognise them (just as any other unit). I will base the guns on little strips of transparent paper, with a couple of cavalry (same figures as generals?) to pick the bases and move them. I am then planning to do also long columns of carriages for logistics, using pieces such as BG27 limbers, BG30 pontoon wagons or BG22 ammunition wagons. Stay tuned to see how it goes!