So this Sunday we tested the new Ganesha rules with author Andrea Sfiligoi! 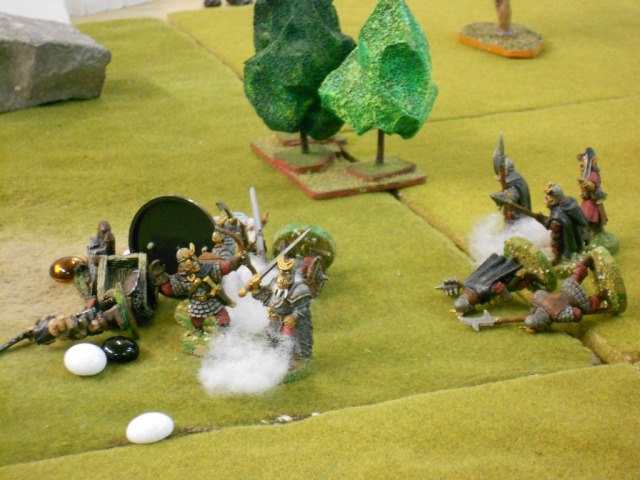 Here’s the scenario: a chaos beast attacked a poor merchant, trapping him with its sticky spit (eeww) right at the center of our wargaming table.

A band of hobgoblin and one of barbarians deploy at the the opposing sides, and will try to free the merchant, his treasure and his mule (maybe). The whole table is considered as bad going, and all movements are slower because of the chaos creature’s sticky spit, which is everywhere (eeeeewwwww).

The two groups are equal: a commander, a hero, a wizard and 7 infrantrymen (a bunch of rabble armed with bows and  hand to hand weapons). Hobgoblins have better armour, but barbarians are more agile. Hobgoblins move first, but here’s a problem: the beast of chaos suddenly appears and instanmtly kills one of their archers.

The barbarians cheer loudly and start moving towards the poor merchant, while the hobwizard frantically launches a movement spell to push the beast away from his “men”. 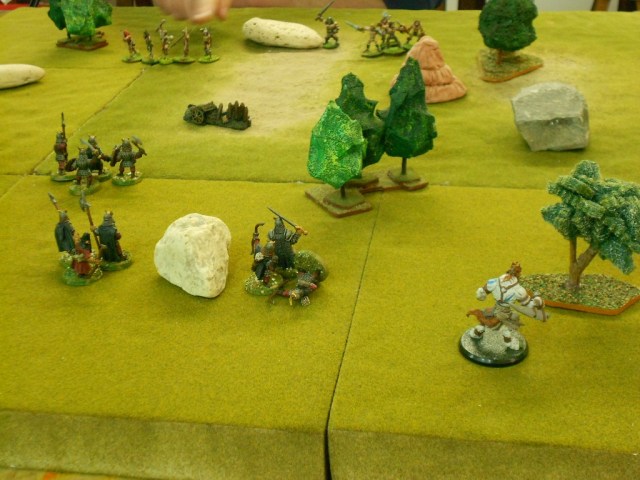 The barbarian’s shaman decides it’s his turn now: he casts a huge ball of fire against the hobgoblin hero Hobgoo and his escort, killing 2. The battle now degenerates into a magic duel. Hobwizard launches his own ball of fire which turns 4 barbarian archers into ashes – but not the shaman. 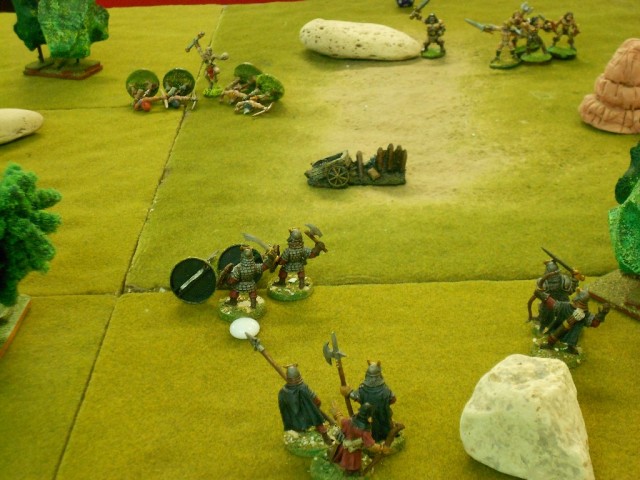 The chaos beast, maybe scared by the hobowizard’s spells, now decides to charge the barbarians starting an epic duel with Commander Ivan and the hero Conanich (are these Soviet barbarians…?). 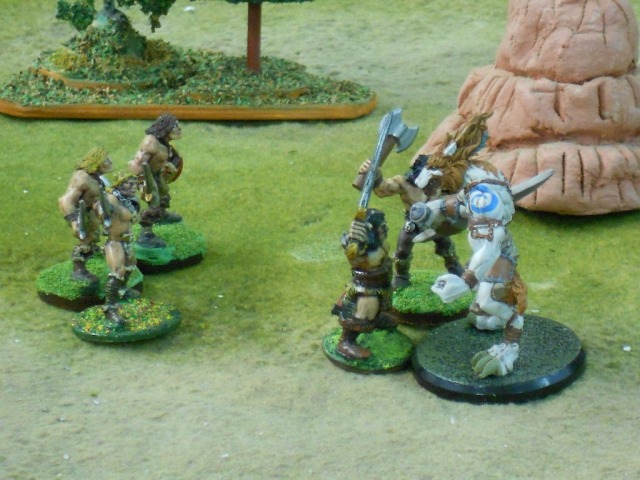 The beast is pushed back by our two valiant comrades, but manages to inflict a really bad wound on Conanich. But the people’s hero is still standing! Hurra’! Soyuz nerushimy na na nanananaaa… 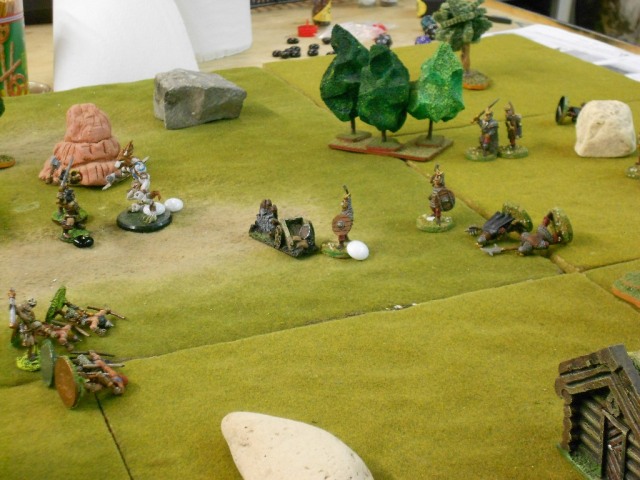 His comrades sacrifice themselves to save their Commander, but the creatures cuts them to pieces and then, realizing that the hobgoblins are now close to the merchant, attacks them savagely (with a little help from the shaman, who uses his last spell..). However, the great goblin hero Hobgoo faces him and kills him with a slash (earning a good amount of experience point). 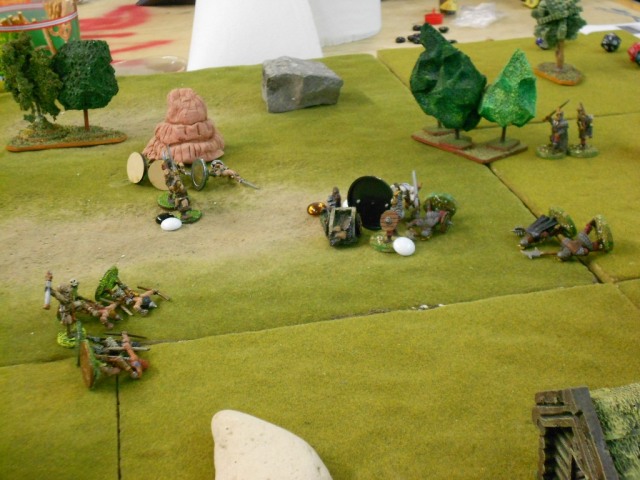 The hobwizard has used up all of his mana and now has no choice but to join the melee. 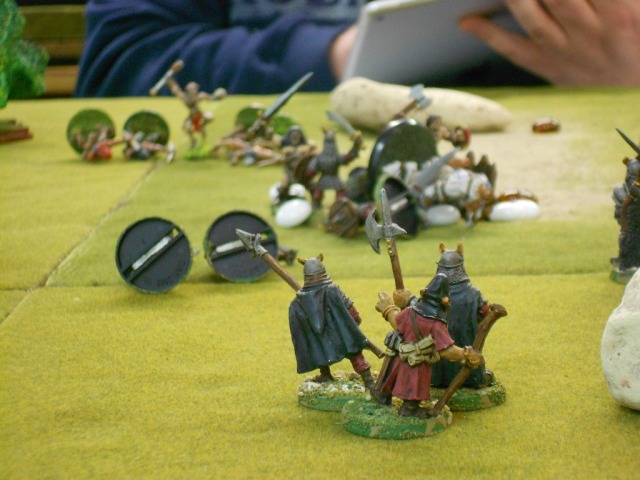 Commander Ivan and Conanich now attack the poor, fatigued Hobgoo, who heroically resist hoping for his hobgoblins to come and save him… 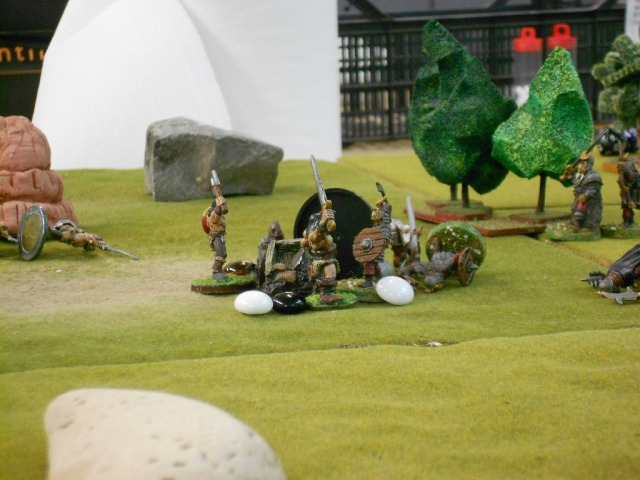 And when they do, the barbarians are quickly finished off (except for the shaman, who prudently retired after finishing his mana). 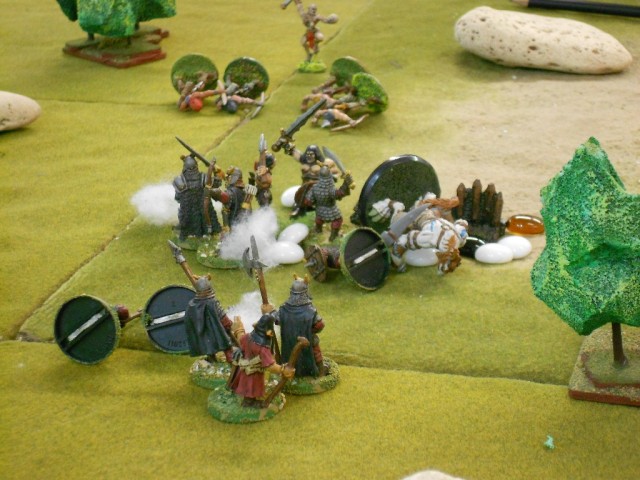 All in all, a very good nailbiting game… stay tuned for more news…